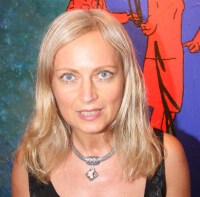 By the beginning of March 2014 I read an intelligent comment by a woman on a Facebook-post of one of my friends there. So I looked at her profile and the first thing I found, was this title pic you can see below, suggesting, Edward Snowden is a fake made by NSA themselves. As I had done an astrological analysis of Snowden last June already, I was sure, her perception is accurate, though most people in the truther scene seem to be deluded by those mainstream stories about the „hero“ Snowden, stepping forward to denounce formerly completely secret and unknown parts of the NSA and their politics of basically spying on everyone anytime…

So through Ed „The Godfather of Truth“ Snowden we finally became friends on Facebook and started to chat. As Irene has a very unique viewpoint on current events but also the history and possible future of mankind, I asked her, if she was interested in doing a Skype interview. What you will read and see and hear in this article, is the result of these first encounters in March 2014, which finally led to the interview on April 8, 2014. 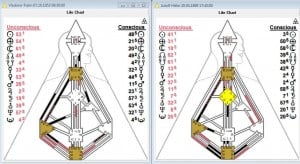 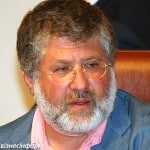