This “divide and conquer” does not only get applied on different ethnic groups, political parties and religious groupings, but also – especially during the past about 200 years since the discovery of Uranus and the French revolution – on our way to look at reality itself. In this way, it gets strictly observed that realms of life like art, science, religion, politics etc. get seperated from one another very strongly and remain like that forever. 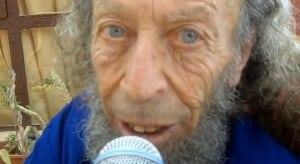 Goethe, who is said to have been one of the last universal geniuses, had written an alternative draft to Macchiavelli’s “Divide et impera” that can still give us today – almost 200 years later – an idea about the dirction we should turn, to overcome this separation on the inside as well as on the outside: “Entzwei und gebiete! Tüchtig Wort. – Verein und leite! Besserer Hort.” A possible English translation would be: “Divide and rule! Brave phrase! – Unite and guide! Better place.”